We’ve been enjoying Guilds of Ravnica here at Draftaholics Anonymous. The changing of the power rankings of the guilds (sorry Selesnya and Golgari) has been interesting to watch and the gameplay has been great, but we’re keen to move on and try out the rest of the guilds!

The CCDD cards (like Nightveil Predator or Truefire Captain) have been really iconic for GRN and, as everyone suspected, this cycle will continue into the other five guilds of Ravnica.

Today we’ll be looking at a card from the Orzhov guild – the black and white colour pair. We’re delighted to give you Basilica Bell-Haunt. 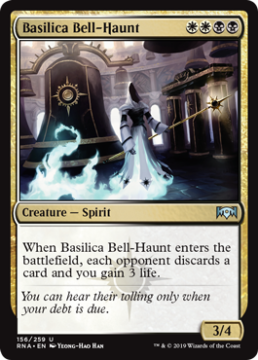 While not quite a first pick card due to its high colour commitments, Basilica Bell-Haunt is a great limited card with a bunch of value on a decently sized body. A 3/4 can hold off a lot of creatures and the life gain can really help you stabilise. If the Ravnica Allegiance format is similar to the current Guilds of Ravnica format, expect the Bell-Haunt to be a decent reward if you’re already in Orzhov.

Your opponent’s hand might be empty if you can’t get to play it on turn 5, but if it’s not, you’re almost definitely getting them to discard a good card if they haven’t flooded out. 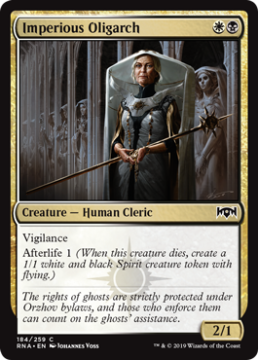 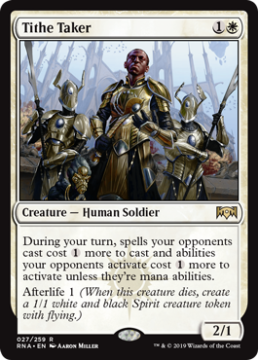 The Afterlife mechanic spoiled on cards such as Tithe Taker and Imperious Oligarch could mean there’s a spirit sub-theme and, if not, white and black often have some life gain synergies that could really make this card shine.

In addition to the 2-for-1 this card is, it also has some beautiful artwork by the talented Yeong-Hao Han – very spooky! 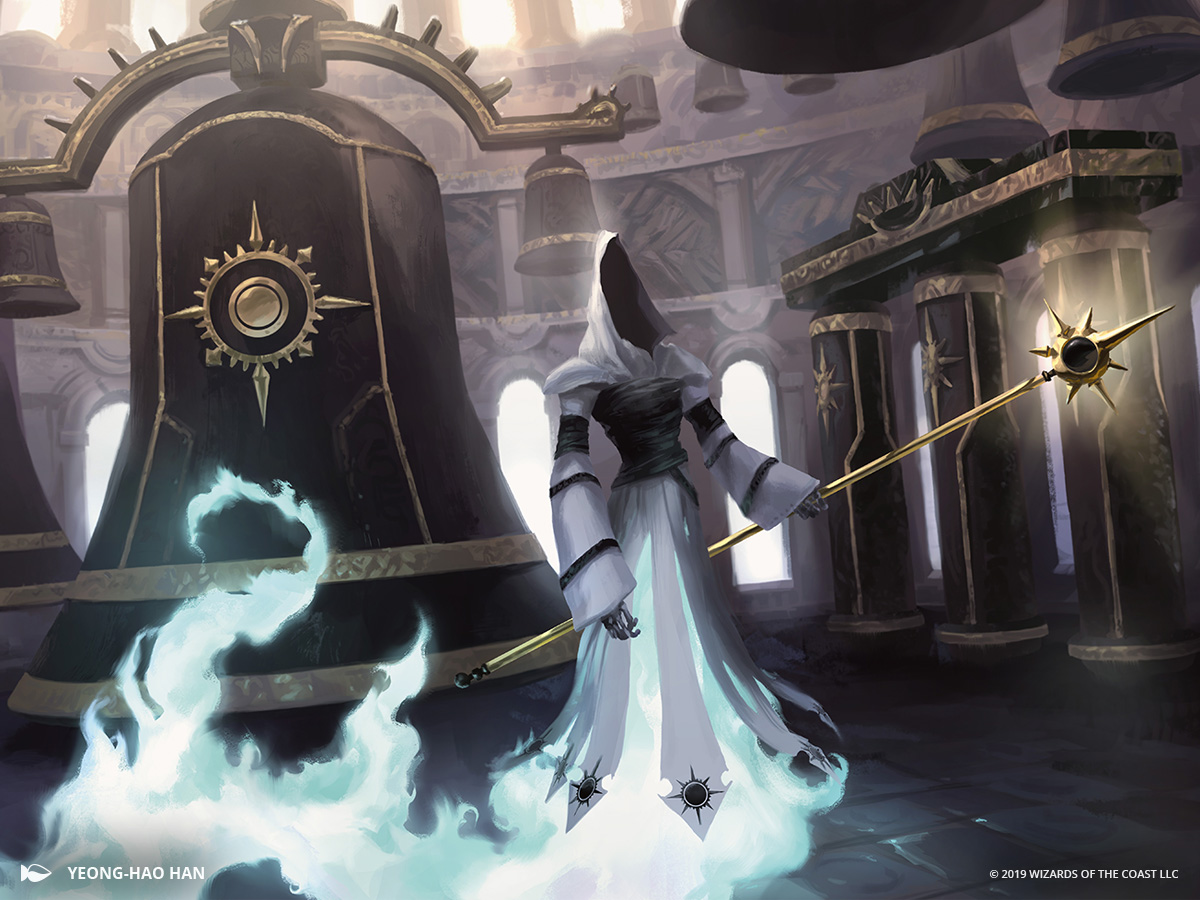 We’re excited to see where Basilica Bell-Haunt fits into the tapestry of Ravnica Allegiance – and where you think it will rate in the Draftaholics Anonymous P1P1 tool, which will go live when the whole set has been revealed.

Thank you to Wizards of the Coast for providing us with this awesome official preview card!

Come and draft with us on stream at twitch.tv/draftaholicsanonymous every Monday night!