Players often look back fondly on their first limited format. Drafting is a natural starting point for players at Friday Night Magic, who want to jump into playing games and start building their collections.

I’m no different – I started to play during Theros, and I have a special place in my heart for drafting that block. I never did particularly well, but I learned the basics of drafting two colours. I then spent Magic 2015 recalibrating to a “normal” draft format, with fewer DIY creature battlecruisers and enchantments, and learned about picking up on signals, and the difference between good and bad removal. 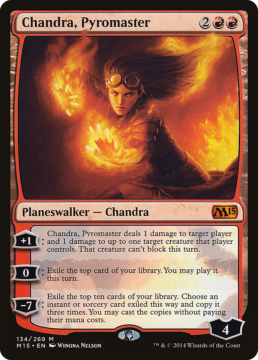 In late 2014, I had a level up moment in my relationship with Magic. I finally played Standard with a competitive deck and started to do better than 1-3 or 2-2. I thought about my plays a couple of turns ahead, and it finally sunk in that deckbuilding in limited was far more about crafting a strategy with an end goal than hoping you managed to pick up 23 cards that were on average better than everyone else’s. I never won a Magic 2015 draft, but I managed to get second and pick up a Chandra, Pyromaster in a rare redraft (all my local offered at the time). Time passed, and I became excited for a new set to refresh standard, and eager to move back out of the tried-and-true core set draft, so I could use my new skills in a more complex environment.

Enter Khans of Tarkir, the first set I drafted as a competitive player.

Khans of Tarkir had everything I wanted in a format. A multicolour set! A far cry from the monocolour rewards of Theros’ “devotion” mechanic, Khans of Tarkir showed me glittering gold cards I’d only seen at uncommon or rare, and whispered in my ear “and wouldn’t these be fun at common?” Morphs! The idea of putting cards on the table face down blew my mind, and I could see why it was great in a multicolour format to help everyone have a turn three play regardless of which three lands were available. The clans! Incredible flavour drawing from multiple south-east Asian cultures, so different to the classic fantasy and Greek-inspired cards I’d been exposed to. 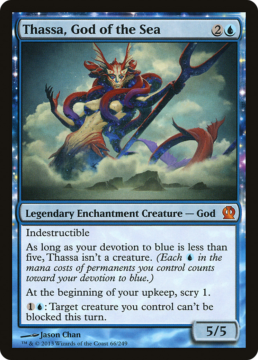 But these things were just the tip of the iceberg for Khans of Tarkir. Khans was a deep and robust draft format, that allowed for experimenting with different deck archetypes, and interesting “build-around-me” rares and uncommons. The manabase was flexible enough that I could mess around with cards I liked the look of, but aggressive decks were still viable that could punish players for decks that did too little on the battlefield. I learned that drafting could be not just fun, not just competitive, but also allow for a little self-expression.

I could have drafted triple Khans of Tarkir forever. But the tides of change brought us Fate Reforged, and then Dragons of Tarkir. I loved them both too, but looking back today, Khans was what made me love to draft.

With this joy in my heart, I decided recently to create this cube – to replicate the triple Khans of Tarkir drafting experience as closely as possible.

A typical cube contains one of each card, and will get drafted by selecting 15 random cards from the cube to form a “booster” to draft from. All that is done to prepare for playing the cube is adequately shuffling the cards prior to booster construction. For my cube however, I’m going to approach it a little differently.

The goal: Get as close as possible to recreating the triple Khans of Tarkir draft experience

I don’t want to play a Khans of Tarkir themed cube, as much as it sounds independently fun. I want a Khans of Tarkir simulation. What got me excited about this project was being able to recreate the feeling of palming through eleven commons, three uncommons, and a rare, just like back in 2014. Letting my mind start to plan a deck based on expected quantities of commons to turn up, potential uncommon pay-offs for being in colour combinations, and similar considerations. 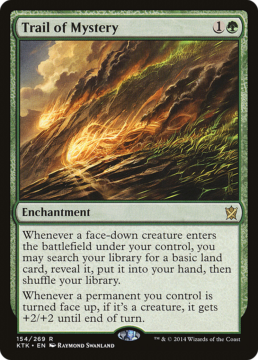 To that end, I will be sorting my cube into commons, uncommons, and rares/mythics. Boosters will be made with 11 randomly selected commons, 3 random uncommons, and a random rare or mythic. The pools of each of these rarities will have different quantities of each card.

Initially the cube will comprise of four copies of each common in the common pool, two copies of each uncommon in the uncommon pool, and initially one of each rare and mythic for that pool. This results in 621 cards, of which 360 will get played at a time. Assuming an 8 man draft, that’s 264 commons (~65% of the common pool), 72 uncommons (45% of the uncommon pool), and 24 rares/mythics (~35% of the rare/mythic pool). This should hypothetically mean we frequently see different variations of the uncommons and rares/mythics, while we will see most of the commons, but the numbers will vary between 0 and 4 copies in any draft.

What won’t be possible in this drafting method is ensuring that any one booster has no repeated commons or uncommons. Bearing in mind I’m no statistician, I did a quick number crunch for the cube in Excel.

With four of each common, the odds of the first booster having X many copies of a particular common are as follows:

While reality gets a little more complicated than this between drawing 24 boosters from a diminishing pool and inadequacy in my ability to sufficiently randomise the cube, we can simplify it to about one in ten boosters having any particular common, and then a significant jump to two of the same common in a pack. Even if we assume that 0 copies of a certain common have been picked in the first 23 packs, in the 24th pack the odds of 2 of the same common are still as low as 2.57%. I’m satisfied this will happen infrequently enough to not upset the draft experience too much. 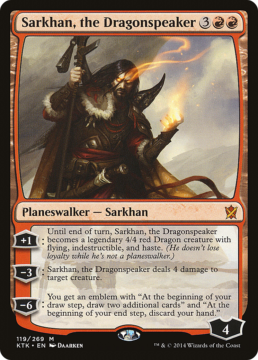 The only other numbers-related issue I am initially concerned by is the rare and mythic distribution. I elected to have a singleton set of the rares and mythics for a practical reason – in my personal collection, I estimated I probably had at least one of nearly every rare, but two would require chasing more than a few. For the mythics, my concern is one of accurate simulation. When opening a booster, your typical odds of opening a mythic are roughly 12.5%, or one in eight. With just single copies of each rare and mythic, the odds of a mythic start at 22%, or one in five. If I change the numbers to 2 of each rare, instead it is 12.4%, which is much closer to a real booster! But… I want to draft this cube as soon as possible, and not spend a week or two chasing 50 cent Khans of Tarkir rares. So we’ll go with singleton rares and mythics for now, but watch this space for changes.

There is also the problem that not all cards are created equal. When drafting a booster, there can be a card or two that are of low power level, only useful in niche circumstances, or just aren’t a good idea to play at all. In Khans of Tarkir, Erase and Naturalize can be late picks that are sometimes useful in the sideboard, but at the bottom of the rankings are cards like Lens of Clarity. While typically this makes drafting a bit easier, as card evaluation will pull you in certain directions and offer signals from other players, sometimes it just really sucks to see a booster full of cards you’re unhappy to see. 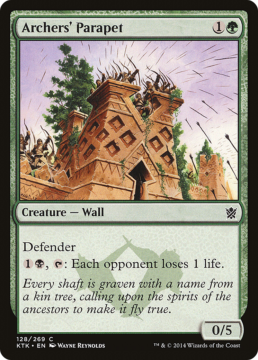 So, my plan is to draft the cube as-is a few times, and see what decks get built. Then I’ll take some of that information and tweak the numbers of the commons. Maybe we really don’t need four Lens of Clarity – one or two could represent the card in the format, and instead we could put in a 5th Archers’ Parapet, or maybe an extra Force Away and Singing Bell Strike will give Temur and Jeskai decks a boost. Three of each of Naturalize and Erase, and a few more morph creatures.

Simultaneously, I will work towards getting a second set of the 53 rares ready to better enable fun strategies, make mythics appear at an appropriate frequency, and reduce predictability in gameplay due to no longer playing around already seen rares. 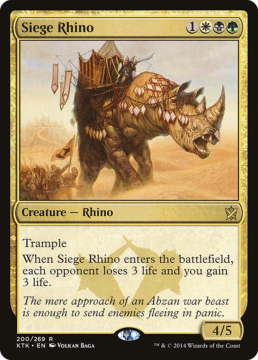 I don’t know if it would be a good idea to mess around with common and uncommon numbers, or if there’s too many commons for little tweaks to have much impact on the play experience unless you draft the cube hundreds of times. I may even find it is more fun having the singleton rares and mythics! But the only way to find out at this stage is to find seven friends and play some Magic.

Once I have some play data to back me up (anecdotal or otherwise), I will return to write about the play experience, and what changes I plan to make. Until then, I’ll be waiting on Tarkir!

See all the cards in Khans of Tarkir on Gatherer